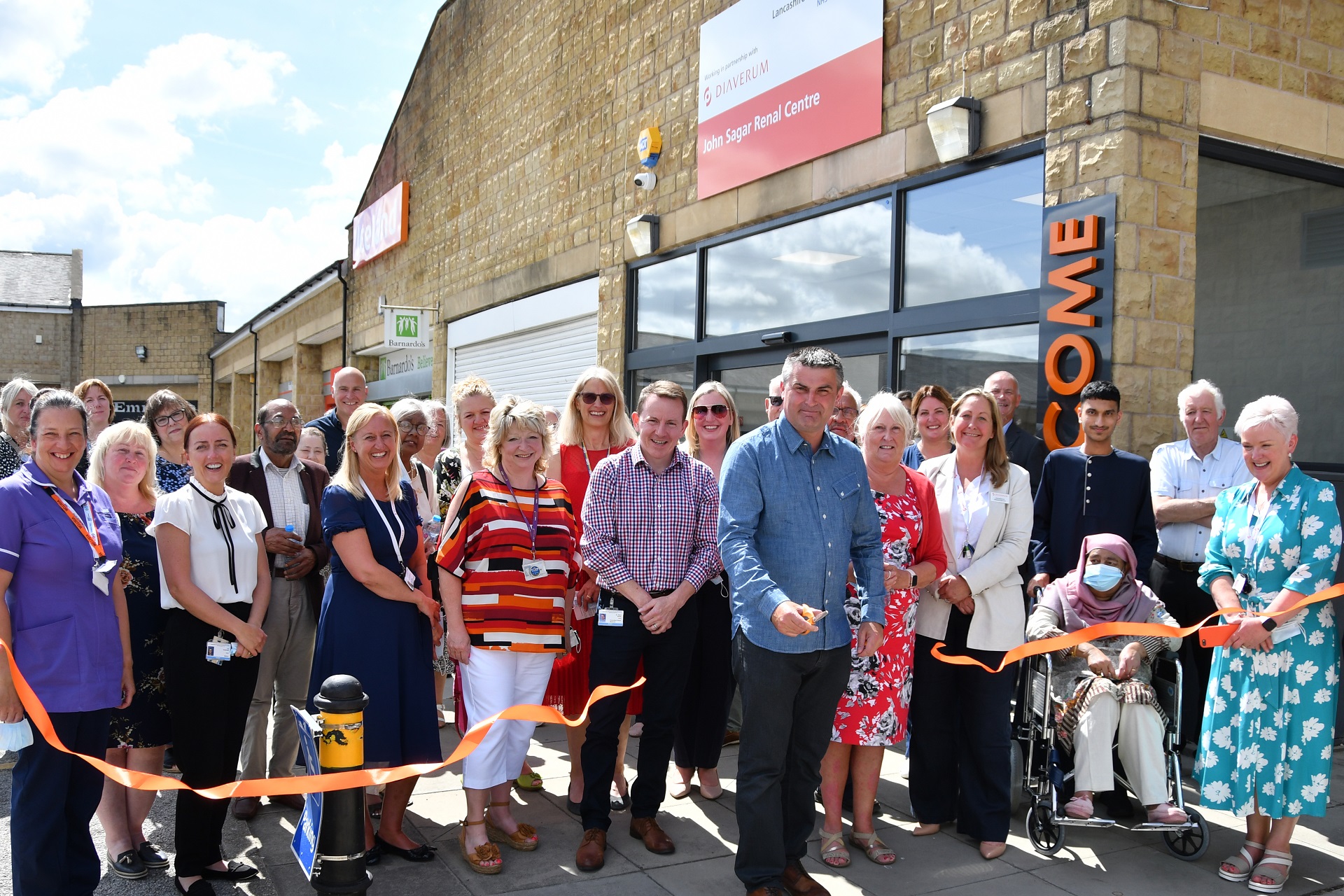 Patients and families were invited to the official opening of a new centre in Burnley for people being treated for kidney disease.

Haemodialysis is a treatment to remove waste products and extra fluid from the blood, and is given to patients whose kidneys have stopped working properly.

The new centre was named in honour of East Lancashire man John Sagar, who was the President of the Lancashire and South Cumbria Kidney Patients Association.

Lancashire Teaching Hospitals NHS Foundation Trust Medical Director Dr Gerry Skailes said: “John spent many selfless hours campaigning for the new centre in Burnley and other units, as well as championing the cause of organ donation.

“We all wanted to name this new centre here in Burnley in his honour because of his tireless passionate commitment in leading and shaping improvements to care for all people with kidney disease. John’s death in 2018 was sadly too soon for all those that knew him and for John to see his hopes become a reality.

“The John Sagar Renal Centre will hopefully be an enduring legacy offering improved patient-centred care and experiences that would have made him happy and his family proud.”

John’s wife Linda and son David were guests of honour at the event, and cut the ribbon to officially open the centre.

Linda said: “It’s just fantastic. It’s so emotional, and I hope John knows about this. He’d be thrilled but also humbled. He would be thinking they should have named it after someone else.

“John got well again after his transplant, but not everyone gets that opportunity. The centre is so open and comfortable for patients and there’s a lot of space for everyone.”

Improvements to facilities in East Lancashire are being overseen by Lancashire Teaching Hospitals NHS Foundation Trust, which is responsible for renal services across Lancashire and South Cumbria and has awarded a seven-year contract to Diaverum Facilities Management to deliver the service.

Diaverum Facilities Management Managing Director Lisa Jordan said: “We are delighted to have welcomed patients and their guests to this new unit in Burnley.

“As well as honouring John Sagar’s memory, this centre is part of our wider plan improve the experience that we offer to patients and futureproof renal care in East Lancashire for many years to come.

“I would like to say a huge thank you to the teams at Diaverum and Lancashire Teaching Hospitals who have worked so hard to make this possible.”

Both of the new units will have 24 dialysis stations, alongside clinic rooms for outpatient appointments and video consultation facilities.