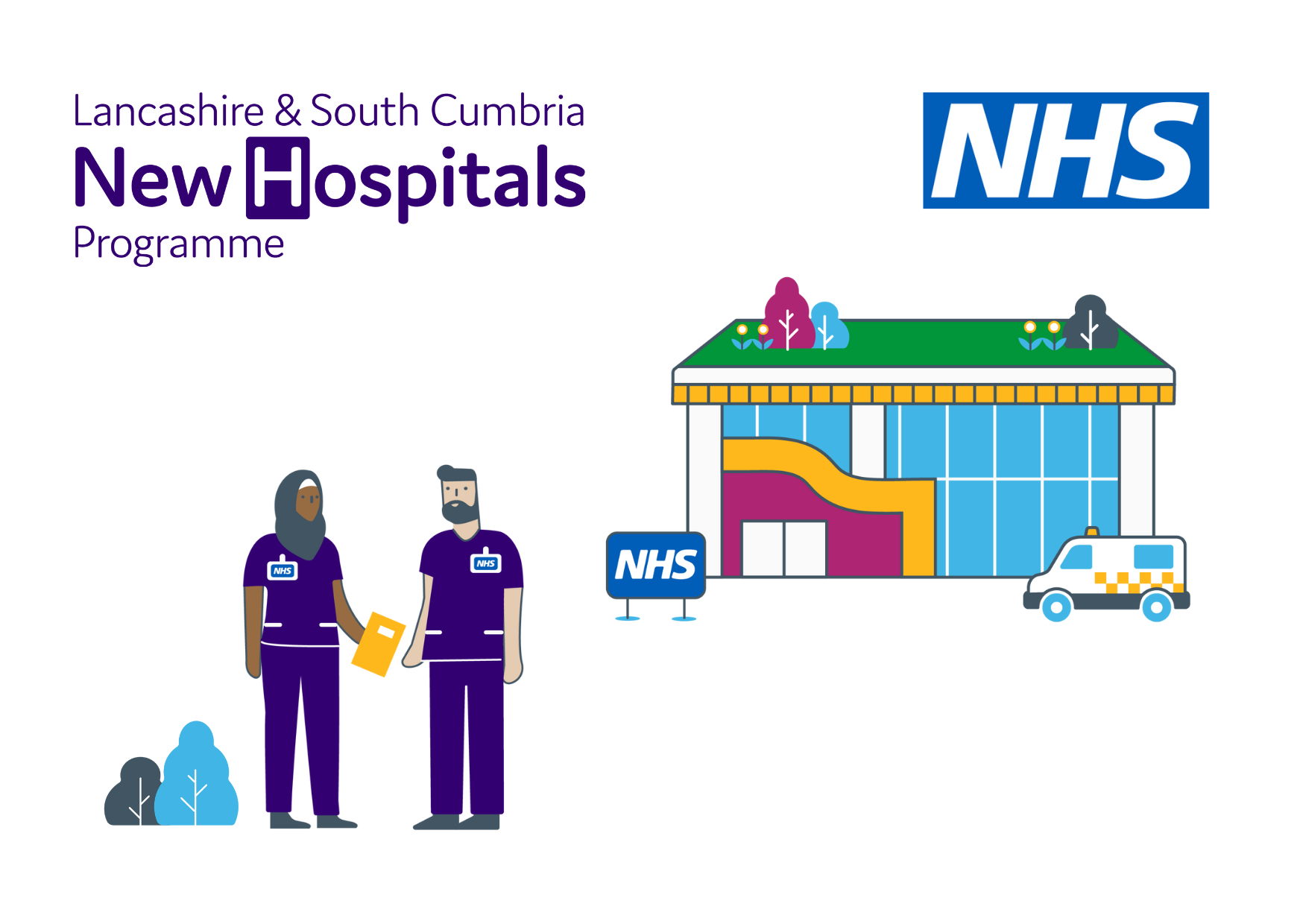 Lancashire and South Cumbria New Hospitals Programme is part of the Government’s commitment to build 40 new hospitals by 2030. Together with eight existing schemes, this will mean 48 hospitals built in England over the next decade, the biggest hospital building programme in a generation.

The Lancashire and South Cumbria New Hospitals Programme is aiming to address significant problems with our ageing hospitals in Preston (Royal Preston Hospital) and Lancaster (Royal Lancaster Infirmary). We also need to invest in Furness General Hospital’s infrastructure in the context of its strategic importance and geographically remote location.

What progress has been made?

In July 2021, the New Hospitals Programme published a Case for Change report, which explained why funding for new hospital facilities is essential for the health of people in Lancashire and South Cumbria.

Following this in September 2021, a longlist of possible solutions was shared for hospital facilities in Preston, Lancaster and Barrow-in-Furness. The longlisted proposals aimed to address some or all of the main challenges presented in the Case for Change report. As established through the Case for Change process, these hospitals are the priority for investment.

In March 2022, the NHS in Lancashire and South Cumbria published a shortlist of proposals for new hospital facilities in the region, marking an important milestone in transforming care and reducing health inequalities for local people.

What progress has been made

In September 2022, the NHS in Lancashire and South Cumbria stated its preference for new hospitals on new sites for both Royal Preston Hospital and Royal Lancaster Infirmary as part of the New Hospitals Programme. Following on from the announcement of the shortlist of proposals for new hospital facilities in March 2022, the Lancashire and South Cumbria New Hospitals Programme team has carried out a detailed assessment of the shortlisted options.

Each shortlisted proposal has been comprehensively assessed for deliverability, affordability, value for money, and viability, considering feedback from patients, local people and staff. This work has resulted in recommendations for preferred options and alternative options for both Royal Preston Hospital and Royal Lancaster Infirmary. You can read the full announcement here, which further details what this could mean for patients, staff and the wider communities served by Royal Preston Hospital and Royal Lancaster Infirmary.

Keep up with the latest news