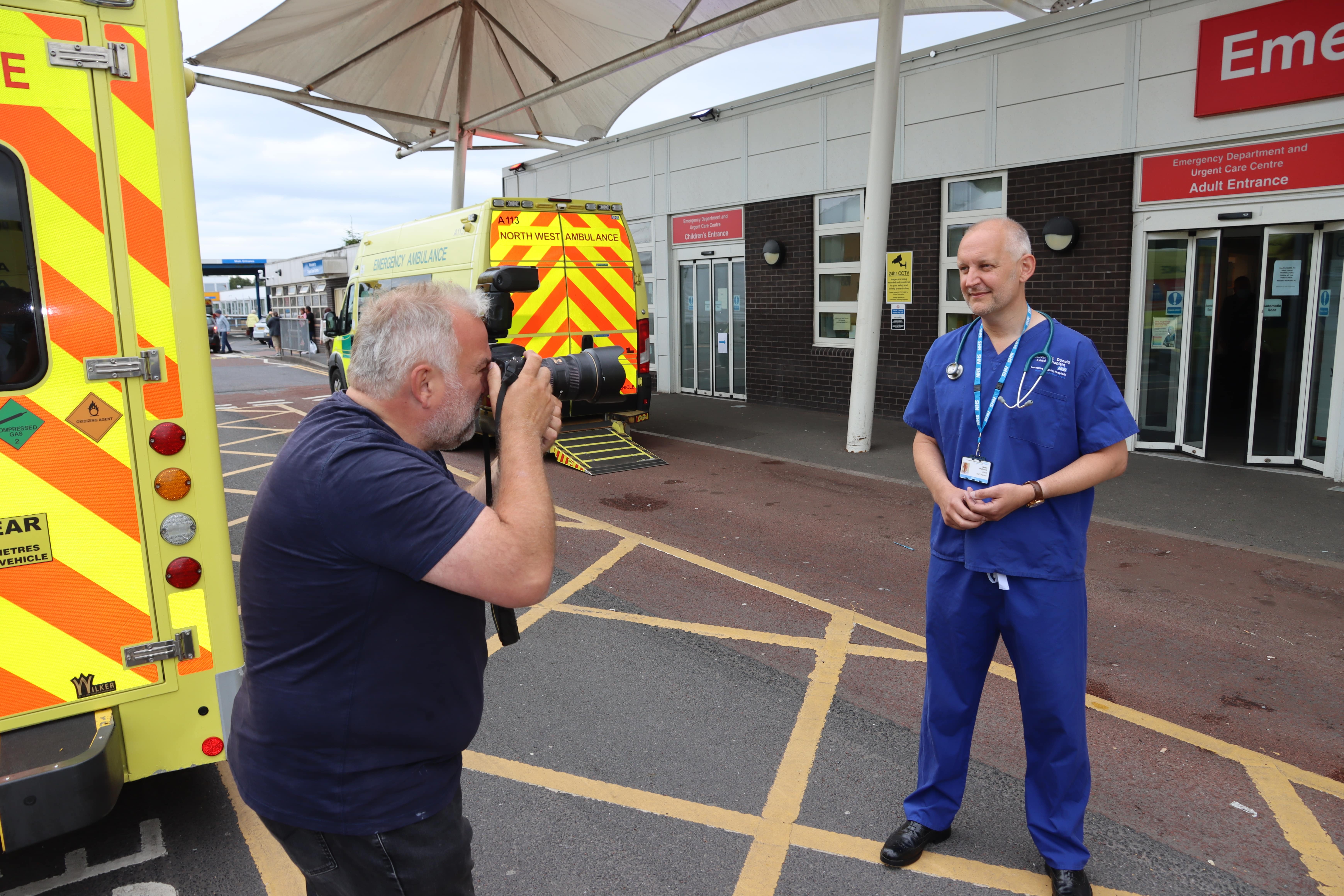 For two colleagues, this Saturday is a pivotal moment in their careers, both within the Trust and the Church of England family

Martin is as always charming and welcoming, whilst Liz is earnestly eating her lunch before returning to her busy schedule in the physiotherapy department

Martin McDonald is the lead chaplain for Lancashire teaching hospitals. On Saturday he is going to be ordained into as a deacon in the Church of England at Blackburn Cathedral

“I loved it” he says as we chat in his office within the Chaplaincy unit at RPH. “It was a fantastic job. I would recommend nursing to anybody”.

“But partway through that very fulfilling career, I felt a call to ordained ministry. I pursued that and I've been training at a theological college for the last three years with the ordination on Saturday being the culmination of that training” 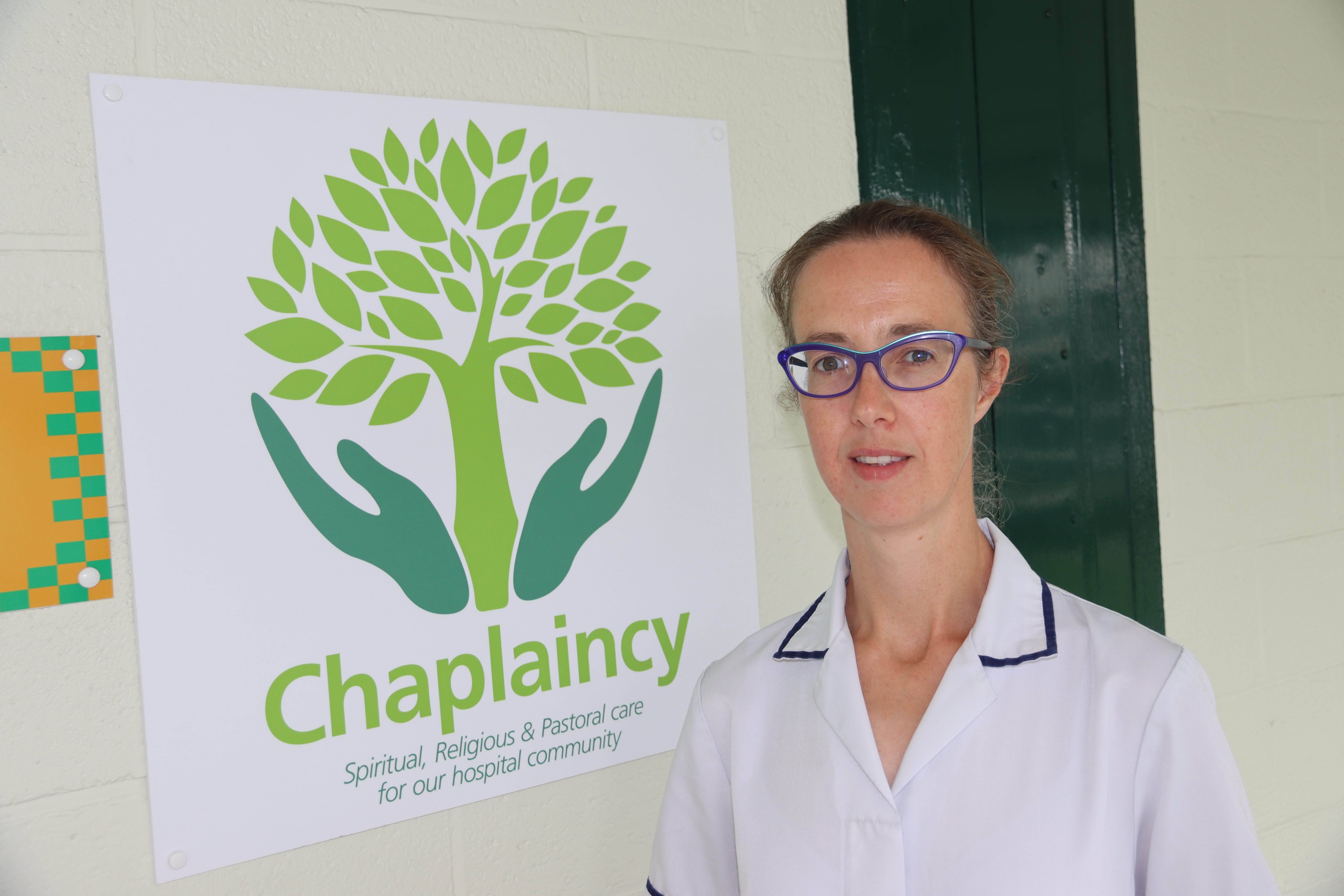 Liz sees my confusion and stops eating her lunch to explain

“The Church of England works as a threefold ministry. You are a curate, or a deacon for a year, you then become ordained as a priest and continue as a curate for at least 18 months after that, and at that point, when you get signed off, then you can then apply to become a priest in charge vicar or have your own parish”

Martin laughs as he sees my confusion vanish from my face

“On Saturday I'm going to be ordained as a priest in the Church of England”., Liz adds .

“My job title within the Trust is clinical lead physiotherapist, but I'm also a minister in secular employment and that means that I have a pastoral care role to the staff within the core therapy's department and a sort of spiritual care role there as well.

I've done my diaconal year, so I was ordained Deacon this time last year, and I've done my first year of curacy at St. Cuthbert’s. I'm going to be continuing there as a priest as well. It's not unusual that a curator Deacon then goes to be the vicar at the parish in which they became a cured”

This has been a very long journey for Martin and Liz. Lots of wrestling, lots of discernment for both in different ways

“Giving up a really good rewarding job to pursue something else completely different at my time of life is a risk” volunteers Martin becoming very serious very quickly.

“Secondly, there's the weight of ordained ministry, having that enormous responsibility. There's a certain weight that comes with that, that same responsibility and I want to do that well.

There are transferable skills between the two work areas of nursing and ministry. I venture and they both nod in agreement .

Working with people, you're listening to people who are in quite a vulnerable situation with the overall aim to help them. So, it's a sort of holistic care role says Liz

Thinking on your feet., chaplaincy? I ask rather irreverently.

There's a lot of thinking on your feet I can assure you responds Martin and then becoming earnest adds, “But above all there is teamwork.

Teamwork is the bedrock of what we all do here at the Trust in whatever field we specialise in. Just as in ED , it is teamwork and we have the same ethos here in chaplaincy, in our multifaith team”

What about the future I ask them?

Liz is the first to offer her thoughts

“We are all lifelong learners. Nobody is the finished article, least of all me. It's important to be open to new experiences, to life experiences so that you can embrace other people's perspective.

I I feel very contented by my choices and decisions. Some of this has been out of my hands, but I'm quite comfortable with that.

I'm excited to see what the future will bring in my ministry role, and all those lives I'm going to interact with over the next years.

The last word goes to Liz

“It's going to be amazing to be ordained as a priest and then have the privilege to be able to preside at the altar to be able to do communion for people.

And with that they are gone.

Tomorrow, they enter retreat to prepare for their commitment to God in the magnificent surroundings of Blackburn Cathedral

Their life within the Church continues